How Did I Learn English?

If there is one thing kids love to do is to make fun of one another, and, more often than not, the target of these mockeries ends up being someone’s body or physique, a phenomenon that we now know as… 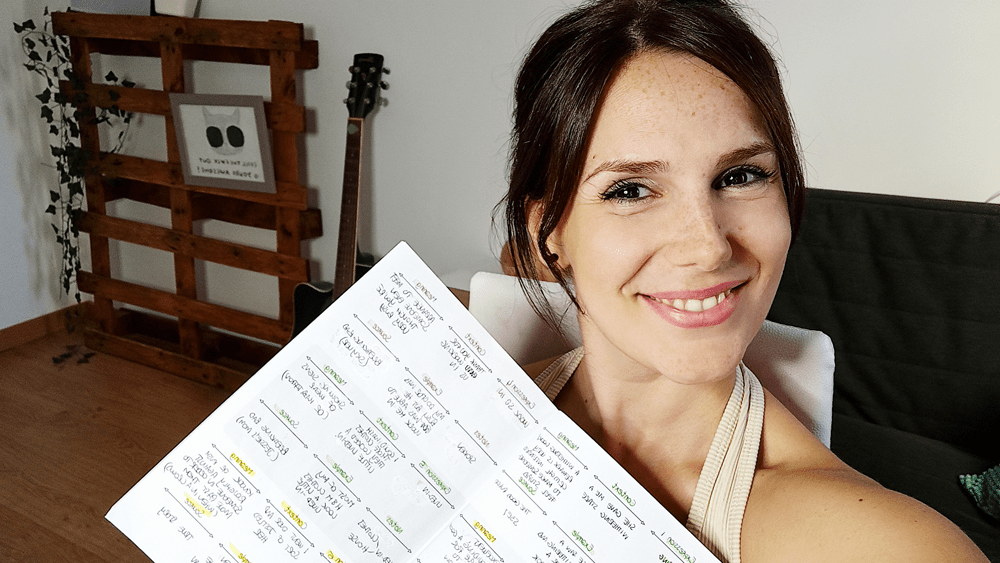 Hey you guys! How’s it going? So I’m coming to you today with an episode that’s a lot different than what I usually do but I figured, you know, it was time. So in this episode I’m going to share some of the things I did to learn English, plus I have some news about something that’s going to help you improve your English as well and that, to this day, I can’t resist.

Anyway, let’s begin. Quick introduction for those of you who are new to the podcast, my name is Lara and I am from Italy. I was born and raised in Milan so my first language is Italian.

Usually people just assume that my parents must be American, or that I grew up in the States or maybe I had an American nanny and that’s why I speak the way I do.

Well, the truth is I’m mostly self-taught. Obviously, I did study English at school but most of the work to get where I am today, I did it by myself. I started learning English at school when I was around, I want to say, 7 years old. We would study English one or two hours a week but it was mostly, you know, about learning colors and form basic sentences and stuff like that.

The thing is that, around that time I was given my first English book, it was a children’s book and it came with a tape. Do you guys remember those? Anyway, so I brought it home and I remember I would listen to the tape while reading the book, and  I would try to absorb every little thing that I could, the words, the grammar, they way they spoke, the sounds they made, and then I would try to repeat what I’d heard exactly the way the actors had said it. That’s how I fell in love with English, there was just something about the way it sounded that I couldn’t resist. 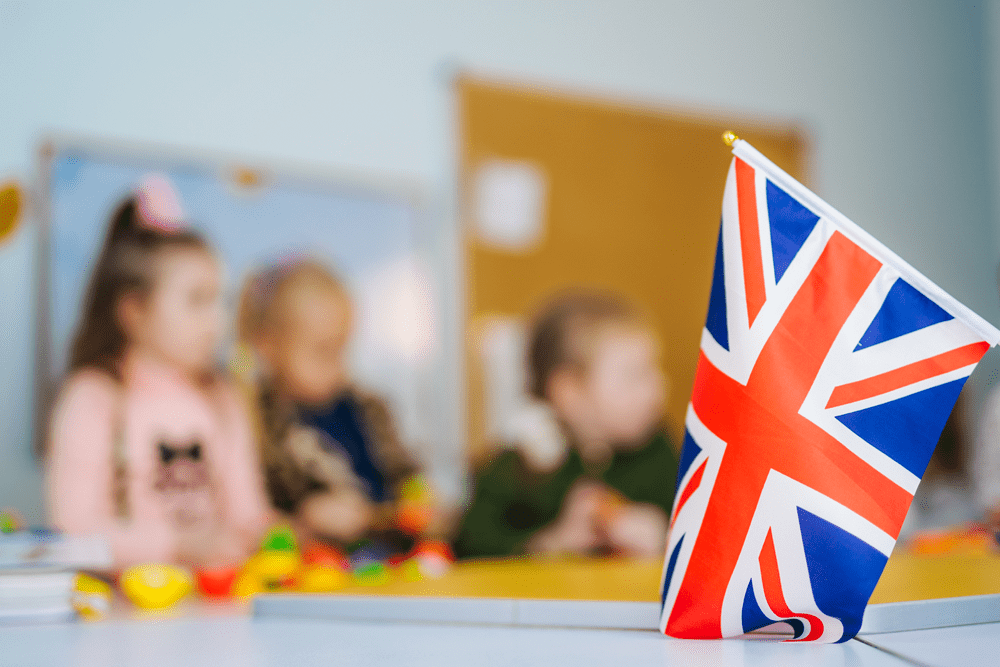 I don’t want to get into too much detail, because I don’t want to make this episode too long, plus I’m creating a webinar in which I will explain to you exactly what I used to do and what I still do to improve my English, but the point is that that’s how I started to learn English. Later I moved on to more complex books, then eventually to my first TV series and the first movies.

But the idea behind it was always the same: so watch or listen to something, write down all the new words, look them up, study them, then watch that something again.

I didn’t know what I was doing at the time, I just did what made sense to me and this method turned out to be pretty effective, in fact it was so effective that by the time I was 15 I was already fluent and I had mastered the American accent, with the exception of a few words that I still messed up, I couldn’t pronounce “focus”, I couldn’t pronounced Italy very well but, you know, I learned,  anyway I really think I could’ve fooled pretty much anybody into thinking that I was from the States when really, 100% of what I knew I had learned either at school or in my small room in Milan.

Anywho, a few of years later, after graduating in Conference Interpreting, I decided that I wanted to become an English teacher so I got my CELTA certificate and I began teaching full time. 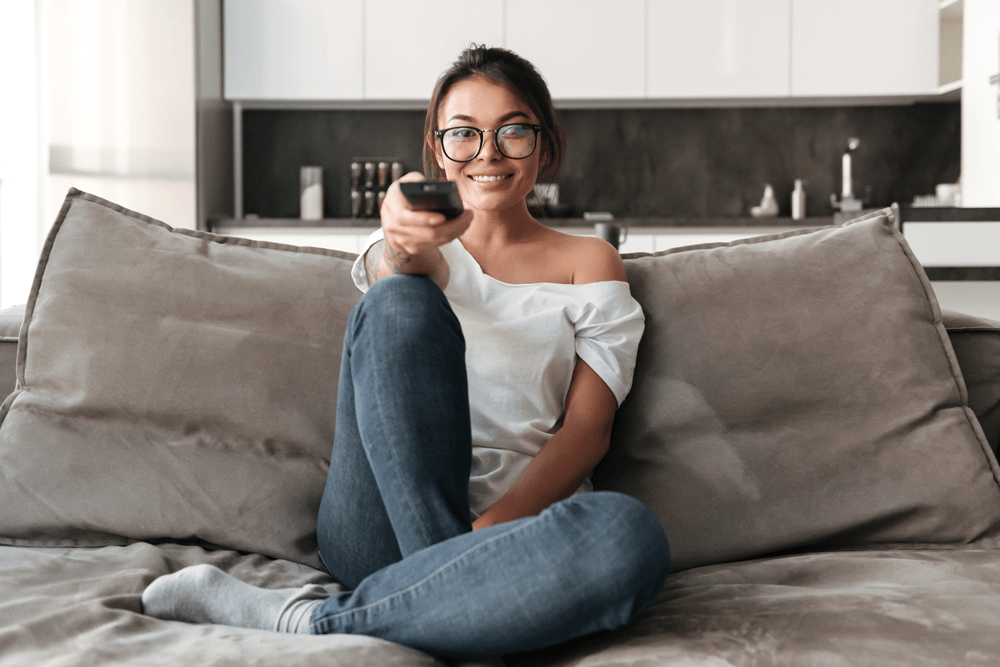 Number 1:
I had a lot less free time, which meant I had to seriously cut down on the amount of shows that I could watch, you know, you shows that I used to watch to learn English.

Number 2:
Netflix happened. So while in the past I was practically forced to watch the same shows over and over again, I only had a few DVD’s so I really had no other option, so that meant memorizing new language was fairly easy, now I was watching something different every day so I wasn’t really reviewing the vocabulary I was trying to learn.

Number 3:
And this is hard to admit, I got a little lazy. Because whenever I would watch a show, I would understand maybe 98- 99% of what was being said, sometimes when I came across a new word, I was like, eh, I don’t need to write this down, I get the gist, I don’t need this.

I mean I still wanted to improve, so every now and then, if I came across an expression that I wanted to learn, I would maybe make a note of it on my phone or I would look it up immediately on my computer but then, you know, I wouldn’t do anything with it so obviously there was no way I could memorize it.

Well, a while ago I realized I wanted to do something about this. And people are going to be like “But your English is really good.” I know it’s really good but, first of all I’m super passionate about this language and obviously I want to perfect it and I want to keep learning; plus I feel like I owe this to you guys, because I have a responsibility to be the best teacher that I can possibly be and I can’t do that if I don’t keep learning and my English doesn’t improve!  So I needed to do something about it and find a solution to all these problems because I wanted to start seeing progress again, I wanted to feel like once used to feel where I felt like every day I was learning something new, but, in order to do that, I knew in order to do that I would have to apply the same method that had worked before because I knew it had worked for me — that’s how I learned English — but, at the same time, I had to make it much more efficient, you know, because I simply don’t have as much free time these days as when I was a teenager.

I thought about it and came to the conclusion that:
My phone wasn’t helping me memorize new expressions more easily, in fact it was making it harder because I was taking screenshots, writing notes but I was never looking at them, so I knew I had to go back to using paper.
I didn’t want to use random notebooks or pieces of paper that I would find around the house because I didn’t want to lose my notes, and I know me, I lose things very easily I also don’t like to have a lot of clutter so I don’t like to see a lot of paper on my desk, plus I wanted to keep all of the new expressions in one place. I wanted something that I could use specifically to improve my English.
And I also absolutely needed to find a more efficient way to review the new vocabulary — you know, I didn’t want to have to watch the same show twice if I didn’t want to, there are too many good shows to do that. 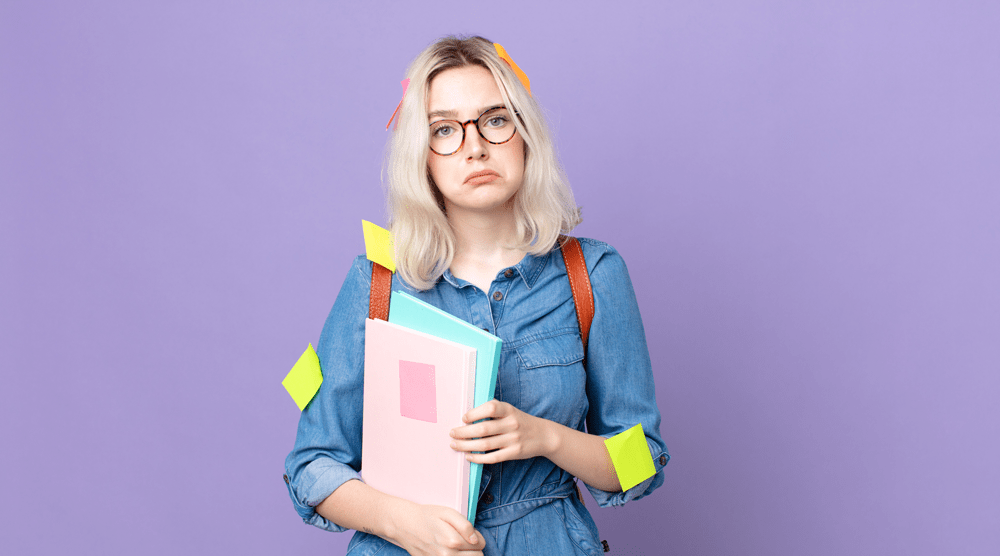 So I got my copy a few days ago, I couldn’t tell you guys right away because I was creating this series of videos on how to use it but now those videos are live so it’s official.

You know, when I was looking at the results from the survey that some of you guys answered, I was a bit taken aback, because I realized that not everybody has developed an effective method to learn English or, you know, a second language in general, but having a good method is so important. I cannot stress this enough.

And you know I’m creating this podcast and I’m trying to pack a lot of information for you guys so you can learn a lot in little time but, the truth is, if you don’t have a method to study what you hear on the podcast, if you just, you know, listen to an episode once and then do nothing with it, I’m sorry to say this, but you can’t expect to learn much from it. I’m not making the rules, it’s just how memory works.

But what I find is that most people, when they hear a new word, sure maybe they write it down (although not always) and then just kind hope that magically they’re going to be able to use it naturally when they speak but I can guarantee you that that’s not going to happen unless you follow a series of steps.

So that’s why this Language Journal is so useful, because I structured it in a way that’s going to make it easy for you to follow all these necessary steps to learn and memorize new expressions long term. An this is key. I’m talking about “long term” because we don’t want to understand something in the moment and then two weeks later, forget about it. When we put in the time to study a new expression, we want to make sure that, first of all, we’re going to remember it for a really long time and secondly that we are going to be able to actually use it. I can’t just be sitting there in my brain doing nothing.  These words that we’re learning, they need to be used, they want to used. 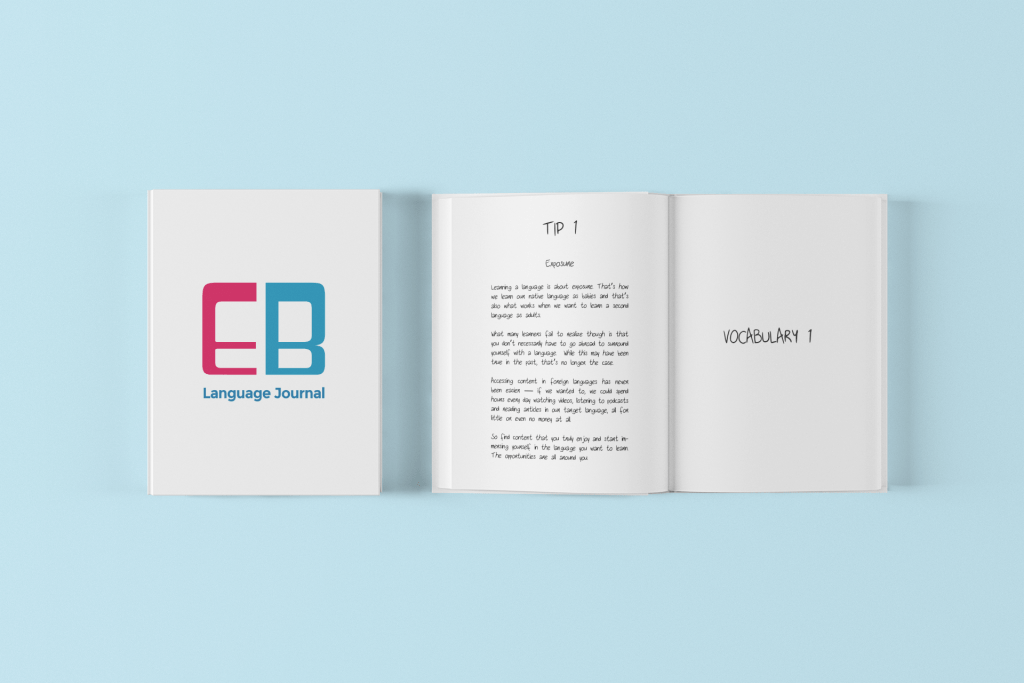 Mind you, this is not a phrase book or a dictionary. I don’t believe in those, so it does NOT come with a series of expressions that you can learn, you already have the podcast and all the other resources that you can find on my website for that. The Language Journal is a tool where you can write down the new expressions that you come across, enter a bunch of other information that will make it easier for you to remember these words and the I’ve also included what I call “review sections” and these really help you make sure you memorize that vocabulary long term and that you can actually use it.

So yeah, basically if you feel like you try to memorize new expressions but then either don’t remember them or maybe you do remember them but you’re quite sure how to use them in a conversation, well, the Language Journal is going to fix these problems for you. You need to spend a little bit of time filling it out, but I promise you it’s time well-spent.

I already have my copy and if you want to get a copy as well, I’m going to leave the link in the description, and if you have any questions, obviously feel free to reach out.

Let me know what you guys think and don’t forget to keep on learning. Bye!

Visit https://language-journal.com/ to find out more about the Language Journal and to get your copy!