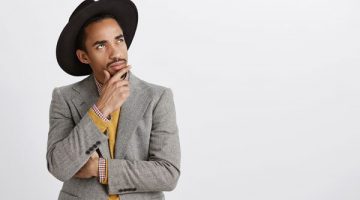 We met at a small bar in Vegas. She was the one who approached me. It was 11pm and we both had had quite a few drinks. I can’t quite remember how we got to that. I just remember that half an hour into our conversation she said: ‘Let’s get married!’. I couldn’t believe it! I was in my mid 40’s, single, and this beautiful woman said she wanted to marry me! It was a no-brainer. I decided to follow my gut and said ‘Let’s do it!’. The Vegas chapel was only a few minutes away, so we took a taxi and left. While sitting in the back of the taxi, I started to have second thoughts. She wouldn’t stop talking! How annoying! But, all things considered, I thought maybe getting married wasn’t such a bad idea. We finally got to the chapel and she was still talking… Was she even breathing? We got ready and walked up to the altar and she still wouldn’t shut up. She wouldn’t even let the officiant speak! That’s it, I thought. I looked at her and the only thing I could say was ‘Sorry, but I’ve changed my mind’. You’ll never believe it, but she actually stopped talking then.