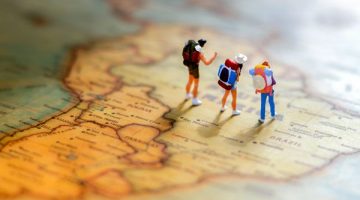 Last month I had to fly to South America for work. It was late when I bought the tickets so the only flight left was a red-eye, which meant I had to be at the airport at 11.30pm. So, that night, as you might imagine, I was pretty tired… but you know how airport seats are, right? Probably the most uncomfortable seats in the world. So I was happy to get on the plane. I thought I could try and sleep a bit. But right as we were about to take off, a message warned us that the flight might be a bit bumpy. A bit bumpy?! You have no idea! Worst flight of my life! The turbulence was so bad at one point, every passenger started screaming and panicking! It was the scariest 4 hours of my life. We finally landed and I thought that was it but … as I look to my right, I see that the woman sitting next to me was totally unconscious! I get closer and prepare to shake her when she opens her eyes. I was like “Are you okay???”. She looked at me surprised and just said “Oh, I think I’ve fallen asleep. Are we there already?” Simply unbelievable, she was sleeping the whole time!