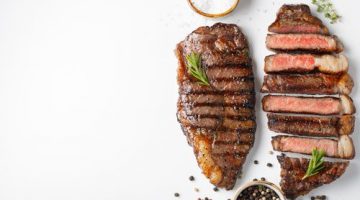 A recipe for disaster

Last month I met my friend Mike. Mike has been married to Sophie for 23 years. Could you believe it? 23 years! Well, as you can imagine, it’s not easy to keep things interesting in a relationship after such a long time, so Mike decided to spice things up and plan a surprise trip for Sophie on their 23rd anniversary. He booked the flights, a hotel room for two and spent hundreds of dollars on flowers and chocolate. As soon as he told me, I knew it was a recipe for disaster. Just as I’d expected, a few days later Sophie found Mike’s credit card bill and that’s when things turned sour. Sophie was furious. She confronted Mike, she grilled him for hours trying to get an explanation but he kept giving her vague answers. He let her stew for a whole week. She was extremely angry because he wouldn’t give her any explanations. But you know what?! It think it was worth it. Sophie was the happiest woman in the world on the day she found out what Mike had planned for her!