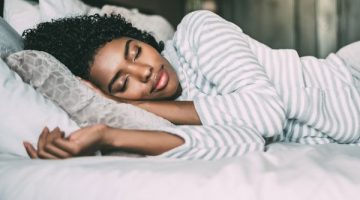 Not sleep a wink

I often have trouble sleeping but last night was even worse than usual. I kept thinking about the conference my boss was sending me to the following day and I didn’t sleep a wink. I was tossing and turning all night but nothing. When I got there, I got a message from my boss saying he couldn’t come and asking me to please take some notes for him. The conference started and… I swear I was trying to pay attention but I was just too tired so I kept dozing off. At one point, I had an idea. I could record the conference on my phone and then listen to it later. I pressed the record button and I finally fell asleep. I woke up two hours later when the conference ended. It was probably all the clapping that woke me up. Anyway, I played the recording to make sure it recorded fine and… check this out. [Snoring]. That’s right! It’s me! You can only hear me snoring the whole time, my boss is going to kill me!