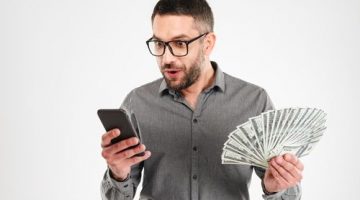 Throw your money around

My brother-in-law never had a lot of money. In fact, he was flat broke for most of his adult life. Well, that was until two years ago, when he finally started his own company and became incredibly successful. He made a lot of money very quickly. Since this was the first time he could actually afford to do it, he went a little crazy, you could say, and started throwing his money around, buying all sorts of useless things. One day he called me, he said he wanted to buy another car and wanted me to go with him. We shopped around for a few days and then he finally found the car he was looking for. It was a beautiful Mercedes. The car salesman kept insisting that it was a steal, that for $75,000 it was a great car and it was impossible to beat that price. So, guess what? He bought it. A few days later we were driving by a car dealer and saw the exact same car, only its price was $50,000. He had definitely been ripped off.