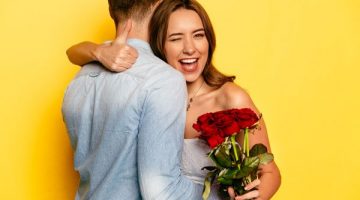 Martha: Miriam! I was waiting for this phone call. So? Tell me everything! How did the date go?
Miriam: How did it go? You want to know how it went. It was horrible. I’ll never let you set me up on a blind date, ever again!
Martha: Why? What happened? What’s wrong with James? Is he too tall? I thought he might be too tall and I even told him –
Miriam: No, it wasn’t that! Although, now that I think about it, he was really tall for me. At the restaurant, he wouldn’t stop checking out our waitress. I had to practically shout to get his attention. So when we finally finished our meal, I suggested maybe we could go catch a movie, you know? That way it would be all dark and he wouldn’t have anyone to check out… Well, apparently, his favorite actress was in the movie, Scarlett Johansson, and he just wouldn’t stop telling me how pretty she looked in every scene.
Martha: Well, it’s just-
Miriam: Hold on! I’m not done! And then, right before leaving, he said he didn’t want to go on a second date with me because he was already seeing someone!
Martha: Oh, man… I’m so sorry. Well, actually, that’s probably better for you because I think I know a guy that would be perfect for you, so his name is Christopher, he’s…